Binance was founded in 2017 and was initially based in China. The founder is Changpeng Zhao. It is the largest cryptocurrency exchange in the world. Exchange size results from the volume of daily trading of cryptocurrencies.

Before founding the company, Zhao was a software developer. He developed various high-frequency trading software. There is an increase in the regulation of cryptocurrency by the Chinese government. This forced Binance to move its servers and headquarters to Japan in 2017. 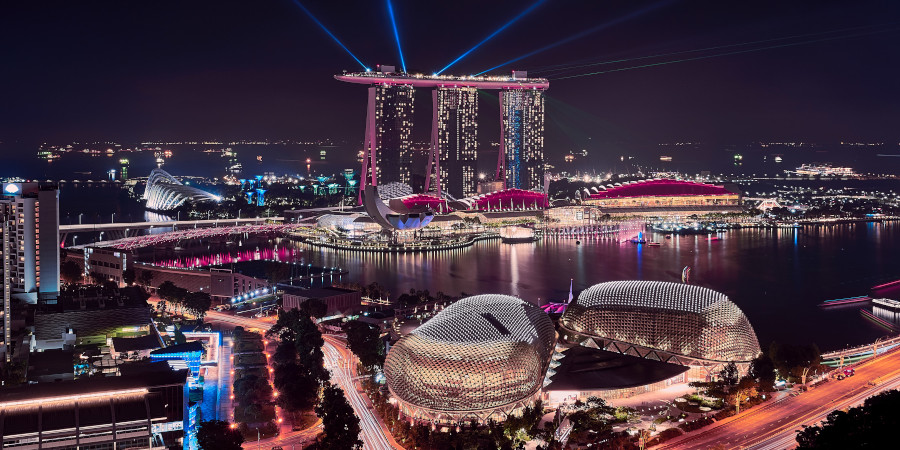 Binance is under suspicion of money laundering and tax offenses. The company is currently under investigation by official institutions, including:

In June 2021, Binance received an order to stop regulated activity in the United Kingdom. The order came from the UK’s Financial Conduct Authority.

Changpeng Zhao first founded a company in Shanghai in 2005. The company's name was Fusion Systems. It allowed stockbrokers to create high-frequency trading systems. Zhao joined Blockchain.info in 2013. He was the third member of the team in that cryptocurrency wallet. For less than a year, he worked as a senior executive at OKCoin. It was a platform used for spot trading between digital assets and fiat.

Japan and China enforced stricter regulations for cryptocurrency trading. Binance announced a move to Malta in March 2018. The company signed a Memorandum of Understanding (MoU) with the Bermuda government. They signed another memorandum with the Malta Stock Exchange after a few more months. This allowed Binance to develop a platform to trade security tokens.

To expand its influence in Europe, Binance Jersey was created in 2019. It was an independent entity from Binance.com exchange. The new company exchanges from fiat to cryptocurrency. Accepted currencies include;

Binance raised about $32 million in August 2018. The money was for a stable coin project. Stable coins are less volatile cryptocurrencies, as compared to digital assets like Bitcoin.

The company partnered with Simplex, a payment processor based in Israel. This allowed investors to buy cryptocurrency using credit and debit cards. The currencies exchangeable through Simplex were:

There was a “large-scale security breach” at Binance on 7 May 2019. The company was hacked and 7, 000 bitcoins were stolen. At the time, this was worth about $40 million. The transactions were structured to pass security checks. Changpeng Zhao mentioned that the hackers used different methods for the transactions. These included:

The company immediately stopped all deposits and withdrawals until 19 May. Trading continued at that time.

Media reports began referring to Binance as ‘Malta-based’. The Malta Financial Services Authority released a public statement in response. The authorities stated that Binance did not operate in the cryptocurrency sphere. This meant that the company was not subject to regulatory oversight. MFSA also stated that Binance activities were under assessment. They are deciding whether their activities need said oversight.

Leaked documents came from Forbes on 28 October 2020. They claimed Zhao and Binance deceived regulators from the United States. Zhao is said to have created a corporate structure that profited secretly. Profits came from American investors in cryptocurrency. Binance blocks IP addresses from the states, but these restrictions can be evaded.

Binance announced a sudden rollback in September 2021. This was due to financial regulators providing warnings to the people. They warned of Singapore’s payment laws being violated. From September, trading or receiving cryptocurrency is impossible for those in Singapore.

Investors could not process payments from the Singapore dollar to cryptocurrency. The Binance mobile app was also removed from Google Play and Apple stores in the country. Users received a total of 24 hours to complete all peer-to-peer trades.

This forced Binance limits on specific product offerings. The Monetary Authority of Singapore is also known as MAS. It gave warnings that the exchange was in breach of Singapore’s Payment Services Act. Binance received placement on the regulator’s investor alert list. According to the list, those on it are unregulated persons according to MAS. They may have been perceived to have licenses regulated by MAS.” This is according to information provided to MAS by anonymous sources.

Binance is at odds with many countries for not complying with local regulations. They tend to operate without the appropriate licenses. Some of these countries include:

All the backlash has brought negative attention to the company. Even though it functions as a separate entity to global exchange, it has caused a lot of conversation. Many investors have backed out of funding the exchange. The funding was to have been about $100 million.