The Aussies are coming!

For the world of blockchain, that is. 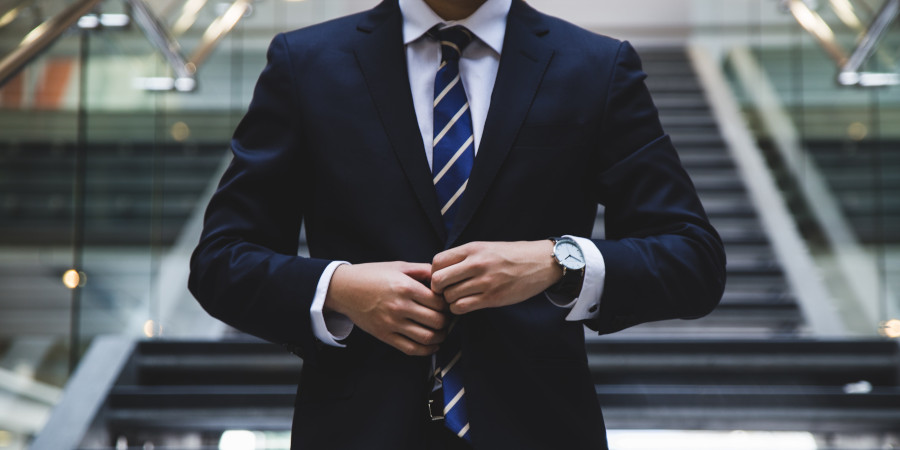 Australia continues a push to become a leader in the adoption of blockchain technology.

Leigh Travers is a former member of Blockchain Australia. This past August, he left his managerial position at DigitalX to become CEO of Binance Australia.

After seven years at DigitalX, Travers now looks to be at the head of the table for "one of the fastest growing FinTech companies in Australia (Binance)."

But what's so great about this Leigh Travis guy?

Who is Leigh Travers?

Leigh Travers is a graduate of the University of Western Australia. He achieved a degree in Commerce and Communications. He has since focused his life on finding the pathway for blockchain adoption.

He began his journey in August 2014 with DigitalX, the first publicly traded blockchain company.

Leigh Travers was a Director and CEO at DigitalX. He led the production and expansion of networks within the digital asset industry. Before his role at DigitalX, Travers was a key member of the Blockchain Australia board for 5 years. As he begins his new position within Binance Australia, his goal remains steady. That is, to make it as easy as possible for people to enter the cryptocurrency space.

“I’ve long been an advocate of the benefits that blockchain technology has to offer society," explains Travers. "It’s a mission of mine to grow the industry over the coming years."

"My key interests are shared with Binance Australia. In championing the adoption of blockchain and the pathway for blockchain businesses in Australia. The opportunity to work with users nationally is incredibly exciting.”

Okay. This sounds great, but what's the deal with this "Binance" thing?

What is Binance Australia?

Binance is currently the largest crypto exchange platform in the world. The platform gives people the opportunity to buy and sell cryptocurrencies. Bitcoin, Ethereum, and Dogecoin are some examples.

In July of 2017, Changepeng Zhao created Binance with great success in the industry. Binance rose to become the world's largest cryptocurrency exchange in only eight months. Zhao became the third "Richest Person in Cryptocurrency" by Forbes Magazine in 2018.

That said, Zhao has struggled with different crypto regulators. He has since appointed Leigh Travers to better relations with them

Other members of the Binance team have commented on the leadership that someone like Travers brings to the table.

“We’ve observed the work Leigh has done at DigitalX for a while now and we’re excited to work with him. Not just on Binance Australia’s continued growth. But also on widespread adoption of blockchain businesses," explained Sam Teoh, COO of Binance in Australia.

Leigh Travers himself is very confident that Binance can continue to build upon its position as a go-to in the digital asset space.

"I know we must continue to develop our relationships with regulatory bodies. While reinforcing our company commitment to compliance and best practice. e have a responsibility to be involved in helping to shape the growth of our industry. This means prioritizing engagement and conversations with policymakers and regulators.”

Alright cool. Now, is all this blockchain stuff even a big deal?

What is the future of Blockchain?

Blockchain technology, at its very core, is like a database.

Blockchain handles keeping track of transactions in the form of "blocks." In a normal database, the data at large is in tables. These tables do not provide the same level of security as the blocks within a blockchain. The blockchain keeps data completely secure in the form of a "building blocks" ledger.

Each time data (or a transaction) adds to the blockchain, that piece of data enters into a block. This block is then attached to the bigger chain of data and provides a timeline of transactions in a "chain."

This chain provides a way to view each transaction for its place within the larger scale of data. The blocks all have their own timestamp and you cannot change or remove them from the chain at any point.

Every time a new piece of data or information adds to the chain, that data block occupies the last slot in the string. As more blocks add, the security of the chain strengthens.

This can explain some of the key benefits of blockchain. Its appeal lies within the fact that there is no centralized body watches over the data chain. The people using the chain, and those adding data blocks to it, are the ones who control the validation.

With centralized finances, the power lies within the banks and institutions that control the flow of money. Decentralization is power to the people and power to the data.

And you know what they say, the data never lies. It can only tell the truth.