For the first time in nearly a decade, the celebration of the partnership between two nations. Russia and Germany culminated over a year of projects that is called the Year of Germany. Not only does it showcase unique talents across multiple fields and highlight culture. But the massive undertaking of an event is also a nice bump for business. Relations between the two countries have been close for centuries. So many companies in both countries vie for a way to participate. This year's version is one of the highest sought-after years. Likely due to the years-long space between the last one.

The eagerness to take part also extends to individuals. Such as Till Lindemann, the longtime Rammstein vocalist. As part of his project, he went to Russia to perform the patriotic ballad, "Beloved Town." His live performance was recorded at the famed Hermitage Museum in Saint Petersburg. 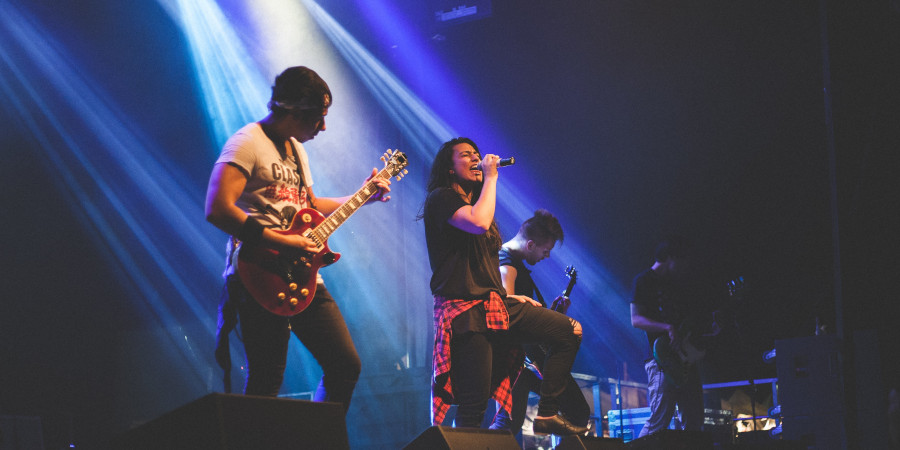 Since the concert, Lindemann has gotten involved. With creating and selling non-fungible tokens (NFTs). His newest NFT creation is a collection on NFTill of 299 visual art pieces. From the Saint Petersburg performance. One of the most highly valued pieces is the video clip of the song and it comes in at €100,000, $113k USD. For the lucky winner of that auction comes a dinner with Lindemann in Moscow. Airfare and transportation included.

A non-fungible token, NFT, is a type of cryptographic asset on a blockchain. It's the same technology used with cryptocurrency, such as Bitcoin, but it is a physical asset. An NFT is a non-interchangeable element of data that lives on a blockchain. Simply put, an NFT is a digital version of something such as art, music, games, videos, GIFs, or drawings. As the owner of the piece, creating an NFT off of your work. This means you can sell the digital item and continue to make money on it regardless of how many times it is resold. Even viral videos have been added to the mix of pieces turned into NFTs. Such as the YouTube sensation, "Charlie Bit My Finger" being sold for $700k earlier this year. The practice of turning a work into a digital item to be sold as an NFT dates back to 2017.

Despite the hype surrounding the NFT sale. There was at least one organization that did not approve. The Hermitage Museum released a statement denouncing Lindemann's collection. And noted that there was an agreement signed against such actions being taken. News has been released that the singer was notified. That he would be violating museum policy to create NFTs to profit off of. Their main criticism is the use of exhibits. And, as a whole, the interior of the museum being featured within the collection. The original agreement only entitled him to materials used only for the music video.

Hermitage To Create Their Own NFT Collection

This upset in Saint Petersburg comes in the wake. Of a partnership between Hermitage Museum and Binance. A crypto exchange that has yet to come to fruition. They are planning to have the NFT museum collection together and on the market by the end of the year. It is around that time they plan to host the NFT exhibition for the first time. The museum believes it is one of the early institutions of its kind. To have been taken advantage of in the NFT marketplace. The ultimate goal of the Hermitage Museum having success with the NFT arena. Is that, eventually, places like museums. Will encourage change in Russia's rules towards digital assets.

However, with their initiative to create their own NFT collection. They are joining the ranks of some of the most well-known and highly sought-after museums in the world. Such ventures into selling ownership of digital assets are being used. In these cases as ways to raise money and support the museum's future artistic endeavors.

So far, there has been no word from Lindemann. He originally shot to fame with the international hit, "Du Hast," in 1997 by his band Rammstein. The industrial metal group first came together in 1994 in Berlin. And Till Lindemann has been the writer and lead singer ever since.